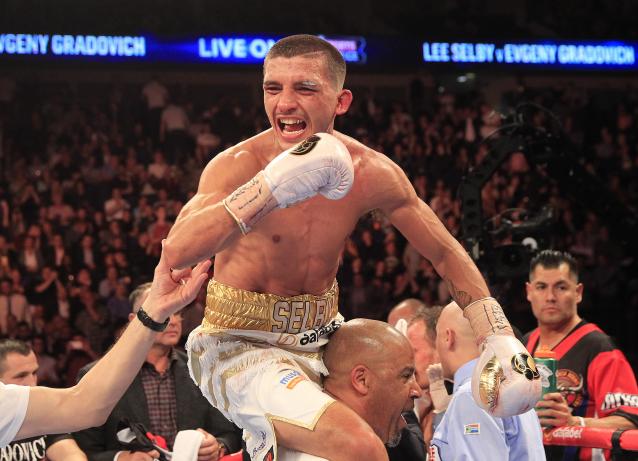 Following on from our recent post, Lee Selby has recently signed the big-wheel Al Hayman, as his advisor (the promotor of Floyd Mayweather) in an attempt to improve his game in the US.

Excitingly, his first title defence will be across the Atlantic in Arizona - if this fight goes his way, there is no doubt it will be the right step for Selby in  achieving global recognition and realising his dreams of being a  ‘world wide star’.

Selby’s first title defence against veteran Fernando Montiel will be aired in the UK during the early hours of Thursday 15th october (2AM).  Montiel, who has had nearly three times as many professional bouts (W 54-L 4-D 2) (21 of which have been world title fights) - he has lost only three!

As such,  it’s likely that Lee Selby’s defence will be a battle. It is true that he has a great record  (W21-L1-D0), and he's continually fought tough opponents. whereas Montiel’s more recent fights have been arguably, pillowsoft.

We can see this if we take a look at the ranking of his last 4 opponents:

Nevertheless, Montiel has achieved a 10-1 streak – he has fought good fighters in the past and come out on top: Hozumi Hasegawa was ranked no. 1 when he won by a devastating KO.

Some still claim this fight is easy pickings for Selby.  Whatever happens, Selby will still need to stay sharp against an accomplished opponent who has a great overall track record and ample experience of title fights.

For Selby to achieve world domination, there will have to be a unification fight against a top pugilist in one of the toughest weight categories.

There has been a question of a  unification bout but before this happens, Selby has been clear about the fact that he wants to get in as many title defences as possible. He is doing exactly that on October 14  against Fernando Montiel. If things go Selby’s way next month, he’ll plan another title defence in the summer.

Three years down the line, Selby sees himself facing  Nicholas Walters or Lomachenko, the latter whom he regards as the greatest fighter of his era.

Another possible challenge could be from the Yorkshireman Josh Warringtonin the light of the recent result between Warrington and Joel Brunker. This was also indicated earlier by Eddie Hearn.

We wish Selby all the best on October 14th against Montiel and look forward to hearing more news regarding our own ‘Welsh Mayweather’.

For more information on Selby check out our earlier post below:

Lee Selby is an International Champion from Wales, and is managed by Bristol Boxing Gym’s Chris Sanigar for more about him and his formative boxing years click here.